The following article is set to appear in the April edition of Florida Sportsman Magazine. It has been updated to reflect recent legislation and reprinted with permission here.

No and Bad, that’s what we have in Tallahassee, and the 2021 session, right now. No meaningful new legislation, or amendments, to stop or curtail pollution to our local watersheds. And a bad piece of legislation that will make waters worse. No and Bad.

The bad legislation (Senate Bill 426 and House Bill 267) is what we need to sink. The companion bills are designed to remove control of our state’s 15 seaports from local municipalities, which have been perfectly fine managing their ports for 200 years, and create a blanket, one-size-fits-all law.

“You may finally see Key West secede from the Union if this passes,” exclaimed Key West fishing guide Will Benson. Key West’s population is just 25,000 and in recent years, the 5-square-mile island received over 400 cruise ships per year, carrying more than 1,000,000 one million cruise visitors. “We had to do something, so the city put forward three referendum items for the voters to consider, and they all passed in November 2020 by a wide margin,” said Benson.

According to Arlo Haskell, representing Safer, Cleaner Ships, Inc., the first referendum banned cruise ships with a capacity of more than 1,300 people from docking in the city. The second limited the number of cruise passengers who can disembark each day to 1,500. And the third says cruise lines with good environmental and health safety records get to disembark first. 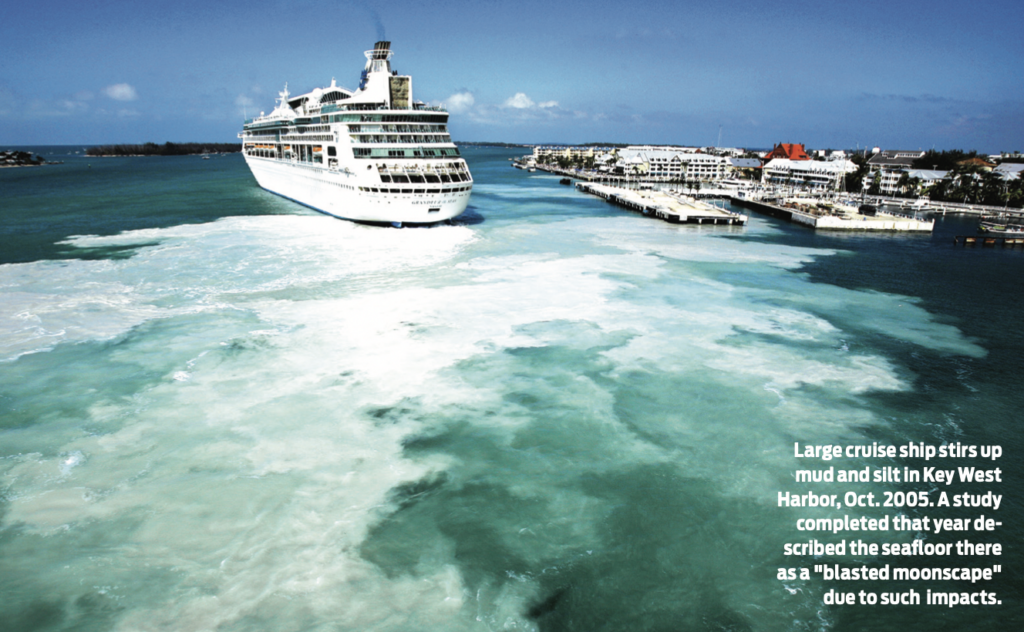 Kudos to the anglers and the Key West community for stepping up to improve their community and local water basin. Unfortunately, the cruise industry wasn’t slapping backs, or passing out attaboys, upon the passage of the referendums. They were busy going to work in the state Capitol to undo the will of the people.

In early March, both versions of the bill were amended so to apply only to city-operated ports, of which there are just 4 in the state — St. Pete, Pensacola, Panama City, and Key West. However, even that scaled-back bill is a bad idea.

Commenting on SB 426 and HB 267, Kelly Cox, legal counsel for the Miami Waterkeeper, said, “I feel this particular bill appears to be pretty broad and could apply to a lot of different circumstances—likely, giving the state broad jurisdictional authority over these areas. I fear we are living in an age of ‘super-preemption’ by the state—where the state government continually tries to strip local governments of control.” Miami anglers have seen more than their share of habitat-wrecking port expansions in recent times.

There are 13 other seaports in the state, is one in your county? Do you want a one-size-fits-all, the bigger the better, law governing your port? I expect not. Please contact our state lawmakers and help sink Senate Bill 426 and House Bill 267.

(Note, at press time this bill was still in committee with a lot of pressure to kill it. If that happens and the bill doesn’t make it to the floor for a vote, great. . . but the looming prospects for port expansion, and the corresponding ecological fallout, will not go away.) FS

CALL TO ACTION: Demand “home rule” from your state lawmakers, meaning you want your local city and county elected officials to determine what’s best for your port, not legislation that’s one-size-fits-all for drastically different size ports around the state. Say No to Senate Bill 426 and House Bill 267. To find contacts for your lawmakers, go to: myfloridahouse.gov and flsenate.gov